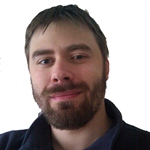 Steven Meekel was educated in Kamloops, BC at Thompson Rivers University. In 2004 he was brought on at ASL Internet (later bought by Canoe), as lead programmer and systems administrator. Within five years he worked his way up to the position of Director of IT Operations. During his time at ASL/Autonet he spearheaded the deployment of a brand new server infrastructure into additional data-centers across the country, managed the maintenance and continued development of the ASL/Autonet inventory and lead management systems, which at its peak involved 40+ team members spread across Canada, as well as numerous third party service providers (such as Digital Motor Works in the United States).

The systems designed, build, and managed by Steven covered nearly all aspects of the Retail Automotive Industry, from credit applications, to inventory management, to build-and-price systems.